Sounds too good to be true, right? With hundreds of millions of dollars stolen yearly through nefarious student loan schemes, it’s no wonder the first question when someone learns about Givling tends to be, “is Givling a scam?”  “Our biggest challenge is proving that we are a good apple among hundreds of bad ones.  We’ve created a platform where millions of dollars annually can be paid out towards student loan debt — for free,” said Seth Beard, CMO of Givling.

When Givling founder and CEO, Lizbeth Pratt, learned that it was nearly impossible to have student loans dismissed in bankruptcy, she developed Givling to change the narrative. “Websites like GoFundMe were being used to raise funds for student loans but with little luck. Unfortunately, no one wants to pay off another person’s student debt on their platform,” shared Pratt.  However, by combining the crowdfunding power of GoFundMe and America’s love for trivia games, Givling, a gamified crowdfunding game, was born.

With nearly $7 million paid out, Givling could easily top $10 million by the end of the year. “If everyone in America that has student loan debt played our game and watched ads on the app, we would be paying off millions of dollars daily in student loans— completely free,” stated Beard. It’s possible through brands such as QVC, Robinhood, Cleancult, and 160 others who pay Givling to have their ads and products shown on the platform. Givling then uses the ad funds and applies it to the user’s student loan debt.

One of the easiest and fastest ways to have your loans crowdfunded through Givling is the Free $10,000 Purple Queue. By playing two Free Play trivia games daily, watching the sponsor ads after the games, and completing free surveys, a brand-new Givling user could be crowdfunded $10,000 in 10 days or less. “It’s simple. The more people who play, the more sponsors pay to advertise, and the more loans we pay off,” shared Beard.

Is Givling a Scam? Nope!: Givling is the world’s only trivia crowdfunding game, specializing in tackling the ballooning $1.7 trillion student loan industry. Nearly $7 million in funding has been awarded towards student loans, mortgages, and trivia awards. Givling is free to download on Google Play or the App Store. By watching ads, completing partner offers, and more, users crowdfund loans while competing to have their loan funded. 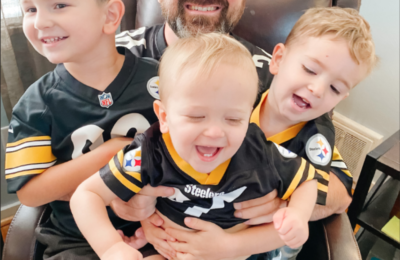